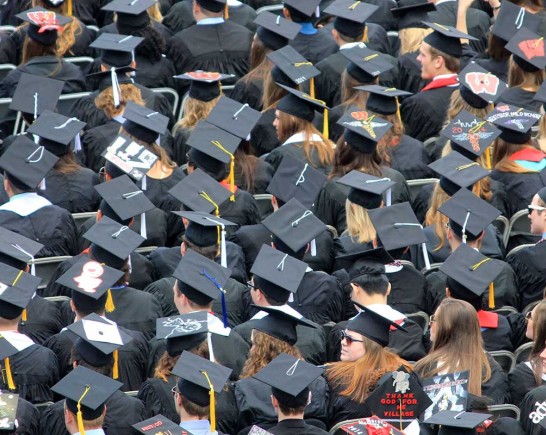 The most surprising celebrity degrees

When you feel like throwing in your degree and following your, much more abstract, dreams, think of all the now-celebrities who were once in your position. From mastermind comedians to genius musicians, some of your favourite celebs used to be no different to you – down the Students’ Union enjoying a cheap pint, sitting through hungover lectures and spending all-nighters in the library in a bid to submit their dissertation on time.

Not all of the famous faces you may have seen donned in mortarboards and gowns sat through their final exams and slaved away at essay deadlines though. Some celebrities’ statuses have been enough to clinch a spot at graduation despite never even setting foot on campus.

But let’s start with the ones who made the effort…

Jack Gleeson (a.k.a. Joffrey Baratheon in Games of Thrones), BA Philosophy and Theology

King Joffrey himself is still in the process of becoming a graduate (if only we all had the excuse of starring in an Emmy Award winning show to avoid sitting our exams).

A current student at Trinity College, Dublin, Gleeson quit the world-famous Game of Thrones to focus on academia in 2014 – an idea he’s since gone off having returned to his studies.

Not quite content with her award-winning music career, Emeli Sandé graduated from the University of Glasgow in 2009 with a degree in Neuroscience. Sandé was signed whilst studying for her original degree in Medicine. Talk about an all-rounder…

Not always the front man of one of the world’s most famous bands, Martin once studied Greek and Latin at University College London (UCL). In fact, he met his future bandmates whilst studying at the university.

Hiddleston was scouted during a student production he was part of whilst studying at Pembroke College, University of Cambridge for a degree in Classics.

Contrary to his highly offensive and completely ridiculous on-screen characters, Baron Cohen actually studied for a pretty serious degree in History at Christ’s College, University of Cambridge. Not quite how we pictured Borat spending his early twenties.

Queen of the Food Network Nigella is also part of the Oxbridge alumni club with a degree in Medieval and Modern Languages from the University of Oxford.

Not all celebrities earned their letters in the traditional way, however…

One of the UK’s leading grime artists, Dr Rascal was awarded an honorary Doctorate of Arts degree from the University of East London in 2013 for his contributions to music and improving the local community.

The Aussie singer received her honorary doctorate from Anglia Ruskin University after she made significant efforts to improve awareness of breast cancer during her own personal battle.

Whilst holding her own degree in French with Greek and German from the University of Exeter, the University awarded the Harry Potter author with an honorary doctorate for her magical contributions to literature.

The Olympians were made Doctors of Laws by the University of Leeds following their London 2012 success. The doctorate is usually granted to those associated with politics or the law (or a gold medal, apparently).

Amir Khan, Doctor of Science and Doctor of Letters

Amir Khan has been awarded not one but two honorary doctorates, neither of which celebrate his boxing success but rather a nod from his hometown, with the degrees being awarded by the University of Bolton and Manchester Metropolitan University.

And all awarded before 1952, the year she became Queen.

Although, we have been saving the best for last...

Sir David Attenborough, Doctor of Pretty Much Everything (and holder of 32 honorary degrees)

We're sure this comes as no surprise as the documentary-making legend has spent decades making significant contributions to science. He holds 32 honorary degrees from universities from across the world, from Queen's University, Belfast to Nelson Mandela University in South Africa. These are all in addition to the Natural Sciences degree he studied for from Clare College, University of Cambridge in 1945.

With the new university year about to start, we wonder how many of our current students will be featuring on this list in the years to come...​ 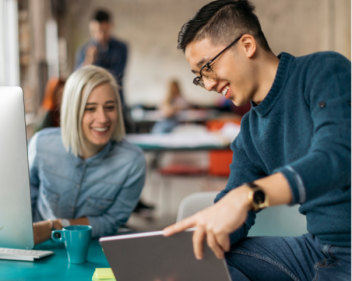 Here’s everything you need to know about working in Australia as an international student. 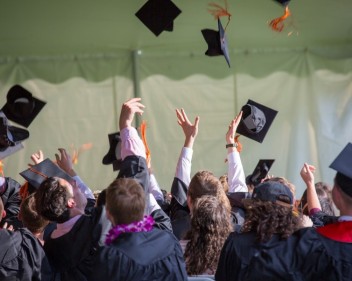 The Transition From Student Life to Work Life

Today, we’re discussing the transition from student life to work life, and the hurdles you’re likely to face. 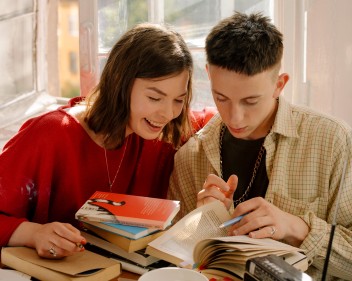 Receiving your first student loan payment can look like a lot of money, but it's important to remember that the money you've received needs to see you through a full term.