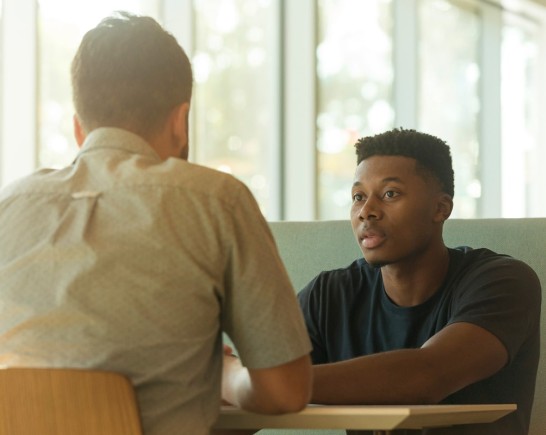 There are multitudes of concerning headlines when it comes to today’s youth, and pointing fingers at millennials for not respecting or supporting the economy seems to be becoming a trend, snowballing and spilling over to Generation Z.

On the other hand, there are many factors influencing these discussions about an age group’s ability to deal sensibility with credit resources, not least the political stance of those talking.

Student debt is also a long-discussed subject among higher-education stakeholders; with various respected authorities sharing their thoughts on tuition fee awareness and student loan repayments. For example, in June 2018, Universities UK published a report recommending that university attendees be provided with more information and advice about taking out student finance.

While we believe that plenty of young people will always strive to go to university, and do anything they can to get there, we wanted to start a discussion about additional debt and bad credit ratings that students could be piling on by mismanaging their money during higher education.

So how much do young people really know about borrowing money?

We hope that by joining the conversation, we can aid students in entering the workplace with a relatively clean financial record, helping them to pay off student loans and carve out a life for themselves when the time comes to shoulder more responsibility.

75% of our surveyed students have never failed to make a payment, while 5% admitted to often missing payments and a startling 20% said they’ve done it at least once or twice.

As a nation, we’re becoming more savvy about debt management, and resources from brands like Experian have taught us that breaching a credit agreement by even one missed payment can have an impact on credit scores, remaining on our reports for six years.

What are students doing to resolve financial issues?

It’s encouraging to find out that 49% of students who miss payments would immediately contact the organisation they owe money to, to establish an alternative payment system.

Meanwhile, 39% of students said they would turn to their parents for help in order to settle a debt.

However, there are an unaccounted for 12%, who said that they have previously ignored communications from the lending organisation, when faced with a bill they can’t/haven’t yet paid.

Occasionally an unexpected cost will empty our bank accounts, or we’ll have a hectic month and forget to pay bills, but even in such cases there are preferred routes to take in resolving the situation. We sought to find out if there is a lack of awareness when it comes to dealing with debt.

Using the student housing industry as an example, we discovered that over 50% of students wouldn’t know who to tell if their accommodation arrears got out of control – something which sorely needs fixing.

Further to this, we found that an astonishing 24% of students aren’t aware that not paying off rent arrears can lead to a court order for eviction. To build on this, we wanted to find out how students would assess their knowledge of debt and credit ratings in general.

During the late 2000s financial recession, consumer credit reduced to an all-time low of minus 1,186 million only to reach 213.5 billion in July 2018.

Though responsible borrowing and lending is essential to a healthy economy, it is concerning that so many young people at university, primed to be the spearheads of tomorrow, feel they don’t get enough information on debt, when our access to credit is ballooning so rapidly.

Particularly as taking out personal student loans is critical for many students whose government funding doesn’t cover their necessary day-to-day spending.

It’s our responsibility as a nation; as accommodation providers, tutors, parents and governing bodies, to ensure that the youth of today are prepared to contribute to a thriving economy and take care of their own financial wellbeing.

Find out more about how we’re effecting change and read the full report.​