Last month we offered our vet school residents at Bonington Student Village the chance to win £500 if they rebooked for next year as a group.* 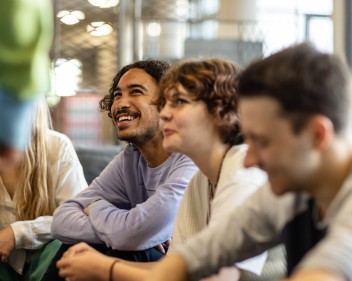 Last month we offered our vet school residents at Bonington Student Village the chance to win £500 if they rebooked for next year as a group.*

Campus Living Villages and its partners HLM Architects and University of St Andrews have won the Student Accommodation Development of the Year award for their Whitehorn Hall project at this year’s Scottish Property Awards.

Held at the Edinburgh International Conference Centre on Thursday 20 February, the annual awards ceremony was judged by a panel of experts drawn from across the sector, that recognise the best new commercial and public buildings in Scotland.

The scheme was nominated against five other leading student accommodation projects across Scotland, including Powell Hall, which was developed by Campus Living Villages and the same partners and opened in 2018.

Joanne Hawley, Commercial Director at Campus Living Villages, said: “We are delighted to be recognised for such a prestigious award alongside our partners, for the Whitehorn Hall project.

“It’s a pleasure to be working alongside the internationally renowned University of St Andrews as we continue our expansion plans as part of a forth development at the site, Albany Park.

“University partnerships have always been at the core of our long-term vision, which is why we are focused on providing quality university-linked accommodation across our portfolio.”

Campus Living Villages holds 12 long-term, relationships with universities and higher education institutions in the UK alone with almost 80% of the 12,668 beds it owns being operated in partnership with a university, working together to deliver vibrant, engaging and supported accommodation.